The coronavirus represents the largest challenge the world has seen since the UN was founded, other than World War II, yet it has fostered little international cooperation.

The coronavirus pandemic has been transformative to say the least. Across the globe, how we live, work and play, have all been altered.

When it comes to political leadership, it’s been a “tale of two cities.” Nations like Canada have done us proud. They have risen to the occasion and provided sound leadership throughout the crisis. By contrast, at the global level, we have failed the test miserably. Let me explain.

In Canada, a number of elements have come together to bolster our public strategy. To start, our Canadian politicos have kept politics to a bare minimum, which is what citizens would expect during a crisis of this magnitude. People want their elected representatives to be laser-focused on the challenges at hand and not on cheap political posturing. Our representatives have understood the public’s mood, and the anxiety and fear that grips them.

Opposition parties of course have an important and legitimate role in our democracy. But when governments are performing well, the opposition will always have a tough time having their voices heard.  Regardless, the current government and its opposition have also worked cooperatively with one another.

The federal-provincial relations have been very constructive, as have the relations with municipal leaders. Normally, this is an area rife with conflict and bickering. Instead, the pandemic has given way to collaboration on information, protective equipment, best practices and shared initiatives. A “team Canada” approach has emerged, and that is exactly what was needed.

Next, our leaders have complemented this work by carefully listening  to their health and scientific advisors. Their opinions have mattered, and governments have not moved without their consent. It means that policies have been rooted in sound science, and not on mere politics and gut judgement calls. In the process, our public health officers around the country have become “rock stars.” They have projected a calm, knowledgeable and reassuring disposition, and Canadians have come to rely on them.

This was followed by our leaders holding regular public briefings, without any drama. The sessions have been straightforward and information-based. Their mission has been to provide the citizenry with critical updates, and not indulge in political theatre. This is an important distinction, because it defines the relationship between leaders and their citizens. Public trust is critical. If people question the veracity of their leaders, or of their information, then it only aggravates an already dangerous situation and undermines any strategy going forward.

Finally, some of our elected representatives have captured the moment and emerged as real leaders. The prime minister and the premiers of Ontario and Quebec, for example, have all grown through this crisis. They have exceeded expectations, and are being seen as capable, stable managers of an ever-changing environment. Their poll numbers are up because public confidence in them has gone up. That is good for all of us.

By contrast, the United Nations has been a dismal failure.

We have been been fighting a crisis of epic proportions. In fact, the coronavirus represents the largest challenge the world has seen since the UN was founded, other than World War II. And yet, for most countries, the solutions have come from national and sub-national governments. Furthermore, the UN has fostered little international cooperation.

As one who believes deeply in multilateral institutions and who served these institutions in Geneva, I find this perplexing and frustrating. It’s not exactly the best way for the UN to celebrate its 75th anniversary this year. The UN was built to purposely help and rally nations in confronting global challenges, yet it has been largely missing in action. Granted, the WHO has been active, but they have also received much criticism for their actions.

The secretary general has also been below the radar, which I think has been a serious misstep, especially when the world is facing a common enemy. He should have made more of an effort in nurturing collaboration between countries, and increased cooperation with the multilateral agencies that he heads. In addition, he should have used his office to build a bridge between the U.S. and China, both of whom are the veto-carrying giants of the UN system.

The UN Security Council has also been largely silent in the face of a virus that has ravaged the world and created so much instability. Its behaviour has been peculiar. During the Ebola crisis, the Security Council designated it as a “threat to peace and security,” which carried the force of international law. This has not been done with Covid-19 and one is left to wonder why.

Answers to these and other questions need to be pursued at the right time. Not now, not while we are still in the thick of the struggle. But when stability is restored, we must openly discuss and learn from these shortcomings so that we’re better prepared for the next pandemic.

Let’s also be clear-eyed and not overly diplomatic. This crisis has fundamentally been a matter of life and death. We therefore deserve honest answers and timely reforms to our global structures. Moreover, Canada should firmly engage in these discussions. I realize that the PM has been campaigning hard for a security council seat, but he cannot duck this one. Not as a major shareholder of the UN, and not if we care about the performance and accountability of global governance.

As the battle against coronavirus continues, our public officials cannot sit on their laurels. We will need an encore from them. But we citizens must also live up to our civic responsibilities. Because leadership is not just for the few; it is something that should be asked of all of us.

The Hon. Sergio Marchi sits on the Advisory Board at Maple Leaf Strategies. He served as a Canadian member of parliament and cabinet minister. He also was also the Canadian ambassador to the World Trade Organization and UN Agencies in Geneva. 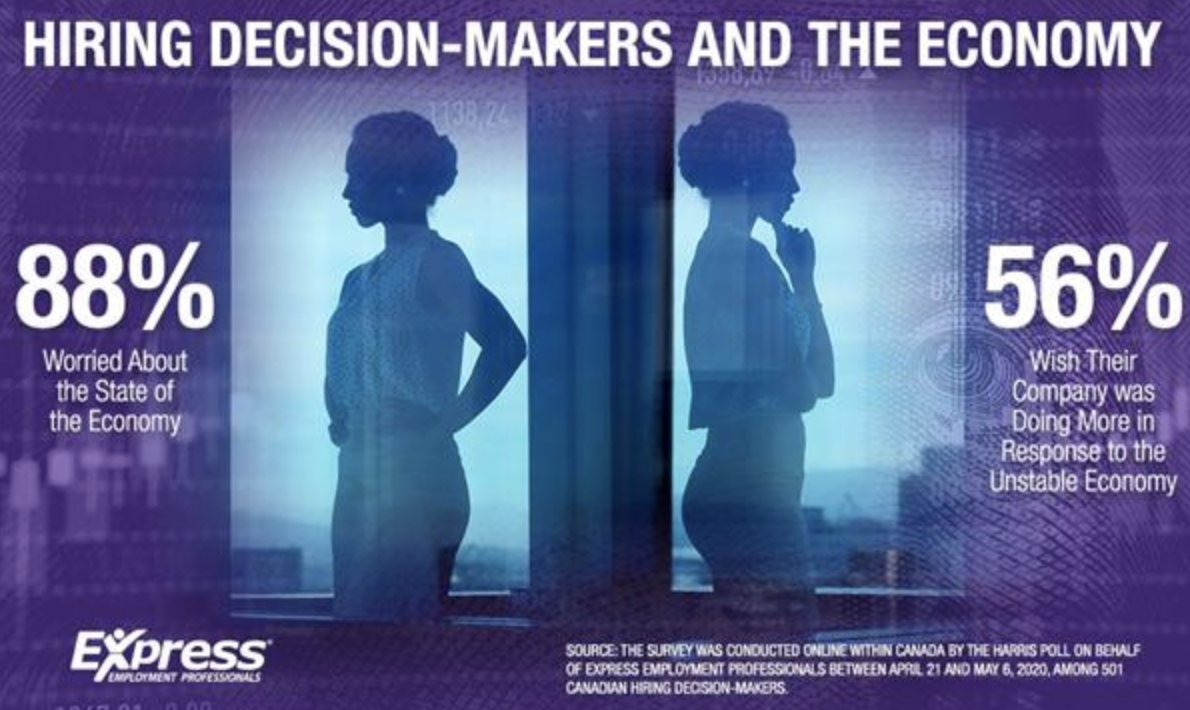 RT @ExpressEdmonton: If someone would have shown me this pic 16 yrs ago, when my parents and I decided to start up an employment firm, it w…