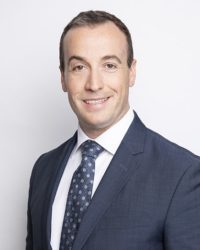 After earning a Bachelor of Arts from Carleton University, Jon worked as a Special Assistant to a Member of Parliament in Ottawa. His duties included speech writing, research for the MP’s committee, strategy and other responsibilities.

Feeling the need to grow his knowledge and skills, he then traveled to the United Kingdom in 2011 in order to complete his Master’s of Science in Politics & International Relations at the University of London. After graduating in 2012 with honors, Jon returned to Toronto to begin consulting. Since then Jon has supported files in healthcare, environment, economic development, technology and innovation and First Nations communities and organizations at both the provincial and federal levels. Jon has also studied and contributed to local civil society capacity building in Rwanda.

Through his past work Jon came to the realization that certain organizations were underserved by consultants, the desire to ensure those organizations could access a consultant lead Jon to found Common Ground Consulting before joining Maple Leaf Strategies. As an independent consultant, Jon has managed several files including the political strategy and government relations aspects of a campaign to end child poverty in Canada. Always feeling the need to serve the community at large Jon has been a board member and political strategist as a volunteer at the Jewish Refugee Action Network (JRAN) and through his role been published in the Montreal Gazette as well as the Huffington Post Canada.