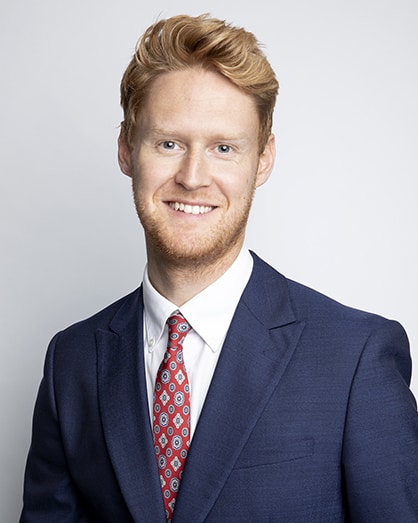 Alec is a skilled communications and public affairs professional who recently moved to Toronto from the United Kingdom. He began his career in politics during the 2010-2015 coalition government, running the Westminster office for the Minister of State for Education and Minister of State for Cabinet Office. In addition to developing a strong understanding of the legislative process and parliamentary politics, Alec ran the press operation for the Minister during the 2015 General Election campaign.

Before coming to Canada, Alec spent four years at public relations and marketing consultancy firm, Edelman, in their London headquarters leading successful communications campaigns for a wide range of businesses and NGOs. His clients included Microsoft, EY, Royal Dutch Shell, the Royal Family and Malaria No More, an advocacy organization campaigning to end the disease. He is adept at building relationships, helping organizations communicate complex ideas effectively and media relations.

Alec was born and raised in the UK and holds a B.A. in History from Durham University.